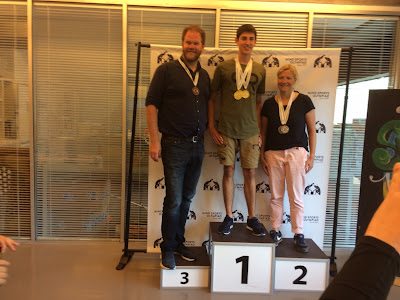 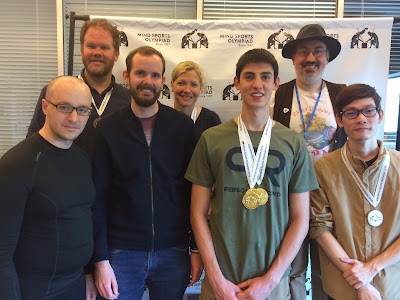 Here we have, from left to right, my ever-awesome arbiting sidekick Nick, MSO Championship veteran and thoroughly awesome Lars, noble and awesome representative of Britain Gordon, awesome pi-memorising juggler Susanne, EXTREMELY awesome new superstar of competitive memory Andrea (who won everything), me grinning like a loon in the background, and awesome all-the-way-from-Thailand card-memorising star Preeda.

It was awesome! Did I mention how awesome it was?
Posted by Zoomy at 7:14 pm 1 comment: