So I've booked the time off work, let's see what I'll be doing for a week down in London (staying in a student hall of residence, as per the good old tradition).

Wait... that just made me think about how long ago it was that I first went to the MSO. Seventeen years? It surely can't be seventeen years! Good grief, it is.

Right, let's pretend I'm not that old, and get back to the schedule. Events cost £10 entry fee for a half-day competition, £15 for a full day, or you can pay £120 to play as many events as you like. Really, I think it'd be a struggle to amass much more than £120's worth of entries, so it's probably better just to pay for each one individually. I think it was £50 for an all-week-entry-ticket in the first MSO...

Seriously, seventeen years? I know mind sports competitors who weren't even BORN that long ago!

Okay, let's look at the schedule.

Sunday 17 August - looks like Stratego is the pick of the bunch. I've been playing online at the excellent site www.stratego.com for the last week, ever since someone mentioned the game online, so I'm hugely in the mood. I'm no good at it, but winning was never really the point of the MSO, until I discovered memory... The poker games in the evenings are always worth taking part in - the first one is seven-card stud, which I won a gold medal in (by sheer luck) one year.


Monday 18 August - Continuo in the morning, always fun if you're in the right mood, and I'll try Blokus in the afternoon, because learning new games while playing in a tournament is the best way to do it! Then in the evening, we have the Memory World Cup. Good old MSO tradition of calling everything a 'world championship' or as close to that as they can get away with...

I've asked for some clarification of the rules - all we've got at the moment is:


And if it didn't clash with the memory, I'd certainly be playing Exchange Chess in the evening! The hours I spent at school playing that with my chess club gang... ah, the memories.


Tuesday 19 August - Oware! Oh, that takes me back. It was the big hit of the first MSO, with everyone having fun learning the game and giving it a try! I'll be doing that in the morning, and Quoridor in the afternoon - someone showed me that game recently, I guess it must have been at an Othello tournament, but my memory of it is hazy. I think it was in a pub. In the night session, since I've never liked London Lowball all that much, maybe the mental calculation blitz? Or even the backgammon-with-no-doubling-die? I fancy that one, actually, I haven't played backgammon for years and years and years - at the second MSO, it might have been!


Wednesday 20 August - the Mental Calculations World Championship! (As opposed to the World Cup, which is a non-MSO event...) I really should get back in practice with mental calculations, I haven't done any for so many years, apart from a bit of half-hearted participation in the Memoriad. That leaves me with Mastermind in the afternoon, since I don't like the look of "7 Wonders", a self-described 'amazing card game'. And for the evening, Pineapple Hold'Em, possibly the silliest and most fun variant of poker!


On Thursday and Friday I'll be decamping to Romford, for the UK Memory Championship. Unless I decide to skip it and stay at the MSO instead, because there's Acquire, the Decamentathlon, Abalone, Chinese Chess...


Saturday 23 August is a rest day at the MSO, presumably for religious reasons - the venue is JW3, "a Jewish community centre with a kosher restaurant, café and bar – only food bought at JW3 can be eaten on the premises". So I'll have to go elsewhere for my bacon double cheeseburgers and hope my fedora doesn't make me look like I'm mocking the Hasidic tradition...


Sunday 24 August - good old Othello in the morning; introducing me to memory competitions was the best thing the MSO has ever done for me, but introducing me to othello comes a close second. Then in the afternoon we have the unique experience that is the Creative Thinking World Championship (name as many uses as possible that a fish could find for a bicycle...) and an evening of Texas Hold'Em. Classic MSO!


Monday 25 August - And finally, I'll finish off with Boku in the morning (I won the gold medal in that one year, too, but it's been a very long time) and then get back home in time for work the next day. It'll be just like old times. Very old times. Seventeen years? Oy.

While I'm on the subject, let me present another curiosity from my cartoon video collection... 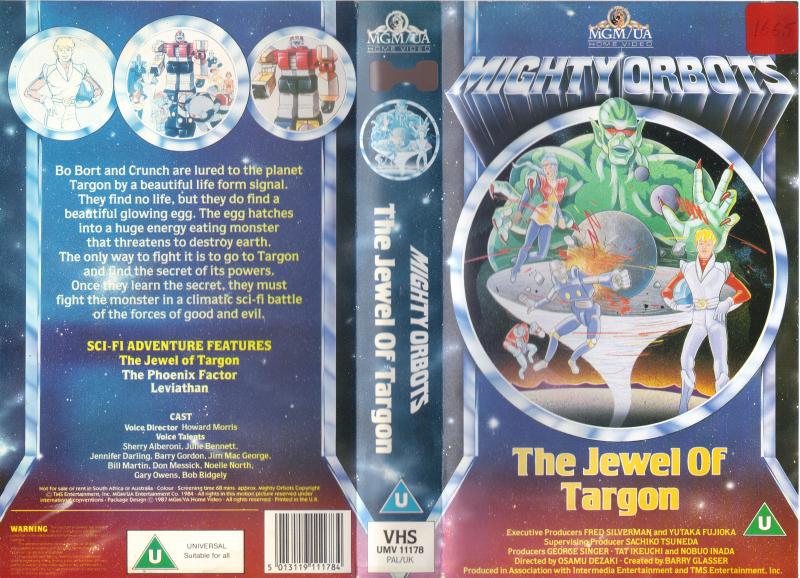 Never shown on British TV, and mustering only 13 episodes in America in 1984 before it was cancelled, I'd never heard of Mighty Orbots before I stumbled across this video tape a few years ago. And I'm a huge fan of this kind of thing, as I might have mentioned before, so that just shows you how obscure it was. It would be easy to dismiss it as a cheap attempt to cash in on the popularity of Transformers, but it's more than that - for one thing it was created before Transformers became the hit cartoon and the must-have Christmas toy of that year; it's more like the both of them (and Go-Bots, and all the others) were simultaneous attempts to cash in on the popularity of Japanese giant robot cartoons and toys. For another thing it wasn't at all successful at cashing in - judging by the vague rumour and hearsay scattered around the internet, the plan seems to have been to license the Bandai toy Six God Combination God Mars (gotta love those Japanese cartoons and their liberal use of the word 'god'), only to be stopped by a lawsuit from Tonka, who turned out to already own it. And most importantly, Mighty Orbots isn't at all cheap - the artwork and animation are simply gorgeous! Better than Transformers usually mustered, certainly!

Admittedly you don't get that impression from this video cover. A collage of images copied from the episode "The Wish World", which isn't on this tape, we get a big green monster (his name's Plasmus) and a planet being sucked into a whirlwind, both unique to that episode, plus recurring character Dia who only makes one brief cameo in the three episodes in this collection, plus regular characters Bort, Tor and a strangely effeminate-looking Rob (compare this picture with the actual screenshot on the back that it was copied from - this cover isn't the work of my hero Marc, but it's a similar piece of work). Luckily, several episodes are available on YouTube, so you can check it out for yourselves!

This tape is interesting, because from what little I can find on the net, only the first six episodes were available on video in the USA. This British tape has episodes 7-9. Possibly the entire series was released over here, and ignored by Transformers-obsessed 1980s kids? I'd like to find the rest, anyway...

The show chronicles the adventures of dashing space hero Rob and his team of six robots: Ohno, who resembles a small girl of quite excessive cuteness, and Tor, Bort, Bo, Boo and Crunch, who combine into one giant robot called Mighty Orbots. The giant robot's singular name is the same as the name of the team, which is a bit weird. They fight the Shadow Organisation in thirteen entertaining if unoriginal adventures.

The thing that sets Mighty Orbots aside from other cartoons of the time is the narrator - cheerfully commenting on what's happening throughout the story, he's funny and entertaining and it gives the whole show more of a friendly feel. The episodes are mainly written by the same guys who wrote Transformers and many other cartoons of the time, but the 'house style' of Orbots is something I really like, and want to see more of.

We need a DVD, people! Someone release one!
Posted by Zoomy at 8:38 pm No comments: