I woke up an impressive six minutes before today's online memory challenge was due to start - nobody can really be expected to perform at 8:00 am, can they? So I lost my unbeaten record there. Other than that, very little of interest has happened to me today. I feel like this week I've either been too busy doing stuff to blog about about it, or too inactive to have anything to blog about. Well, that'll change next week. I'll make an effort to do things, but not particularly time-consuming things, and then tell you all about them in detail every evening. Won't that be nice?
Posted by Zoomy at 9:38 pm No comments:

Ah, the joys of a day off. It's great not to have to get up early to catch a train to London or Preston. I should do it more often.

Anyway, I've just noticed that tonight on ITV at 10:50 there's a new series called "The Law Of The Playground", in which celebrities reminisce about their schooldays, and that Robert Webb is among the celebrities on this first episode. I don't expect he'll mention me, seeing as he didn't (and still doesn't) know I exist, but it would be fun to see him mention some of the teachers and things from QEGS, such as the school show with the title in the subject header above. I'd watch it, but I don't think I can really be bothered. Lately I've formed the opinion that the only things on telly worth watching are the ones that are about me. Or chimps who are better than me.
Posted by Zoomy at 9:16 pm 2 comments:

The whole Canadian thing went pretty well today - we filmed it at the Canadian embassy, which was a whole new experience. Does that technically mean that I can add Canada to the list of countries I've visited now?

One thing I haven't mentioned about this busy week is that I postponed an appointment to give blood in order to accommodate Tuesday's madness. So if anyone dies for want of a transfusion of B-positive blood between now and next Tuesday, I really do apologise. My bad. Fame and fortune bring nothing but ill.

But to look on the bright side, I watched EastEnders tonight for the first time in yonks, having heard that it was a 30-minute monologue delivered by Dot, and it was absolutely brilliant! Fantastic work by Tony Jordan, the writer. Everyone who didn't watch it tonight, watch the omnibus on Sunday. Even if you're in a different country. I bet it's on the internet somewhere.
Posted by Zoomy at 8:29 pm 3 comments:

The Preston presentation went pretty well, all in all. All the students (and staff) were hugely in awe of my Blue Peter badge, several of them had seen me on Richard and Judy, none of them were Preston North End fans but they were nonetheless impressed by my ability to remember all their results for the season. A huge audience, few of whom left before the end, and you never know, one or two of them might want to take up memory as a hobby, inspired by how cool we are.

But the coolest thing of all? Well, remember how the last one was organised by Professor Perfect (giggle), who sounds like a character from a comic? This one was ACTUALLY organised by a character from a comic! She's a friend of Bryan Talbot and was the model for a prostitute Helen encounters in "The Tale Of One Bad Rat"! AND she knows Leo Baxendale! I was going to say her real name here, but then it occurred to me that some student of hers might google her some time and spread it all around the university.

I've never met anyone who's actually a character from a comic before! Oh, wait, except that I think Carlos Pacheco drew Kurt Busiek into the background in Avengers Forever, but that doesn't really count. This is the coolest thing ever!

Okay, London again tomorrow, I still need to memorise the 52 greatest Canadians, I'm sure it'll be fun. And after that, I stop doing all this mad memory-related publicity and start being normal again. It'll be a relief.
Posted by Zoomy at 8:22 pm No comments:

I got a thank-you card from Richard and Judy 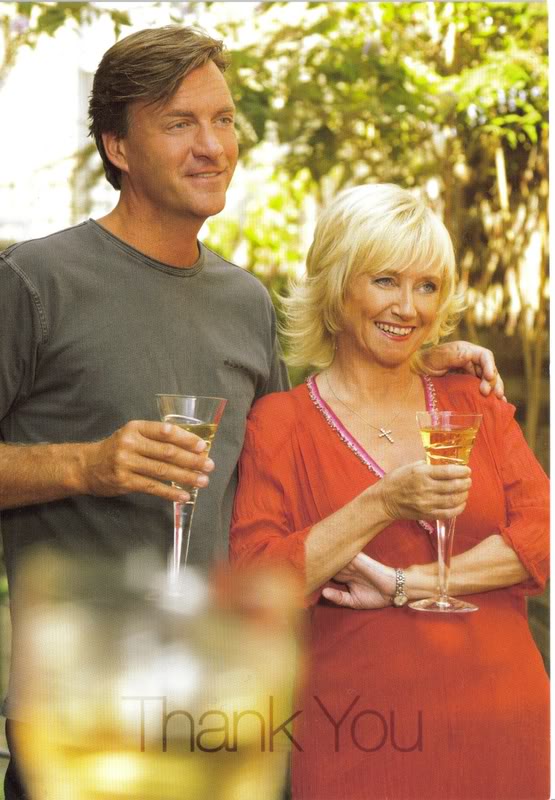 Signed by the joint managing director of their television company. 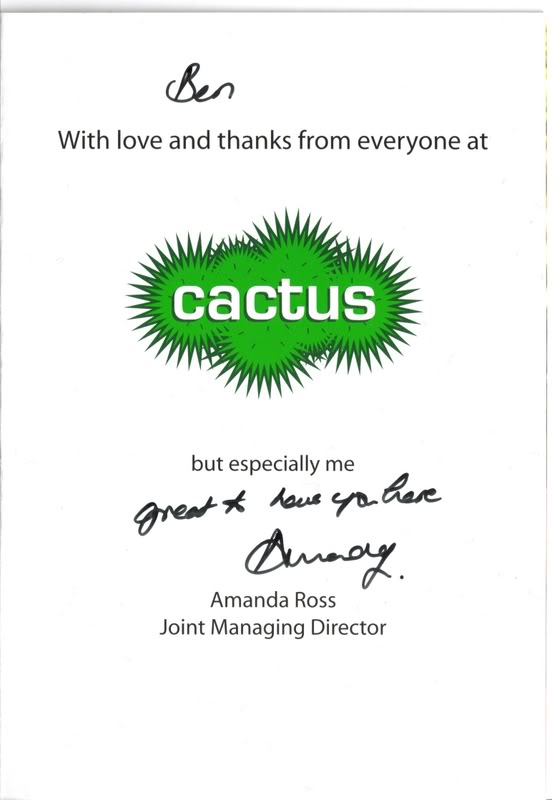 They also gave me some posh bath salts. I don't own a bath, but I appreciate it.

Thanks for all the comments, everyone! I'm tired and have to be up early tomorrow to go to Preston, so I'll keep this short, but Ace, you're right, I desperately need a haircut and beard trim, but yesterday was so hectic, I couldn't fit it into my busy schedule!

And what's with all the Richard-hate? I think he's a nice guy. Did you know he left school at 16 to pursue a career in journalism?
Posted by Zoomy at 9:23 pm 4 comments:

A triple bill of Zoomy

Stay glued to the telly all day tomorrow, fans. Five News at 11am on channel 5, Richard and Judy at 5pm on channel 4, Extraordinary Animals at 7:30pm back on channel 5 again.

It's been a busy day. I've spent the whole day emailing and phoning about TV shows (not just the ones listed above but also the Canadians I'm seeing on Thursday), memory competitions (Cambridge May 4, Derby May 24-25, let me know if you're interested - entry is free for first-timers, it's a fun day out and there might be prizes) and memory demonstrations (Preston on Wednesday, sandwiched between day trips to London). I'm worn out, and I've got three busy days to come.

One thing I've memorised for these uni demonstrations is all the FA Cup final results in history, and I'm crossing my fingers in hope that Bristol Rovers don't make it to the final this year. The other fifteen clubs still in the competition have all reached the final before, you see, so I won't have to associate new images with them for this year's final. Whereas if Bristol Rovers get to the final, I'll get them all mixed up with Bristol City (who, as any historian or memory expert knows, were runners-up in 1909) and/or Blackburn Rovers (who've been in more finals than I've had hot dinners today).

I use the one of my 2704 regular images that sounds most like each club, you see, so Bristol City are the pop group Bis, and Blackburn Rovers are 'bro', my brother (because Blackpool are the 'back' image, naturally), so I have no idea what image I would use for Bristol Rovers if I had to. Luckily, their chances of reaching the final are basically zero, but it still worries me.
Posted by Zoomy at 8:29 pm 8 comments:

Just enough to give your kids a treat

Did you know that Fry's Turkish Delight has significantly less fat than other chocolate bars? I might have heard it once, but I'd forgotten it when I bought one tonight, and only just remembered. So now I feel good about my low-fat lifestyle. Or I would, if I hadn't also bought a bag of Tangfastics.
Posted by Zoomy at 9:21 pm 3 comments: