It's the last othello regional of the season in Whitley Bay tomorrow, but sadly I can't go - it takes so long to get there and back that it's a hotel-on-Friday-night kind of affair, and I've got too much stuff to do here at home. Stuff like memory training and spare-room-tidying, which we all know aren't going to happen, but which I would feel guilty about neglecting if I went to an othello competition instead. Still, I hope everyone who does go, has fun!
Posted by Zoomy at 8:50 pm No comments:

Bastille Day is a particularly notable day for me (much more so than for those foreigners over the other side of the Channel, I'm sure), because it marks the anniversary of me starting my new job at Boots. Wow, two years. Am I really the kind of person who stays in a job for two years, now? That's rather disturbing, isn't it? It's the first time I've done that for a long time. It's certainly the first time I've had occasion to write about doing that in the five years I've been blogging, for one thing. Wow, five years. Am I really the kind of person who keeps a blog going for five years, now? Well, I will be next Wednesday, anyway. That's also rather disturbing, isn't it?

I need to find something new and temporary to do, quick. In another month it'll be ten years since I started taking part in memory competitions, and that'll be the most disturbing realisation of all.
Posted by Zoomy at 7:37 pm 1 comment:

I don't blog about the news, or about politics, but if I did I would have something to say about the people who elected an MP called Mark Reckless, and then didn't expect him to get into the newspapers for getting drunk. Still, it reminds me of the reason why Boots the Chemists was successful despite sounding like a place where you buy shoes - apparently the arch rival of John Boot's original 'British and American Botanic Establishment' was Dr Coffin's Botanico-Medical Dispensary. 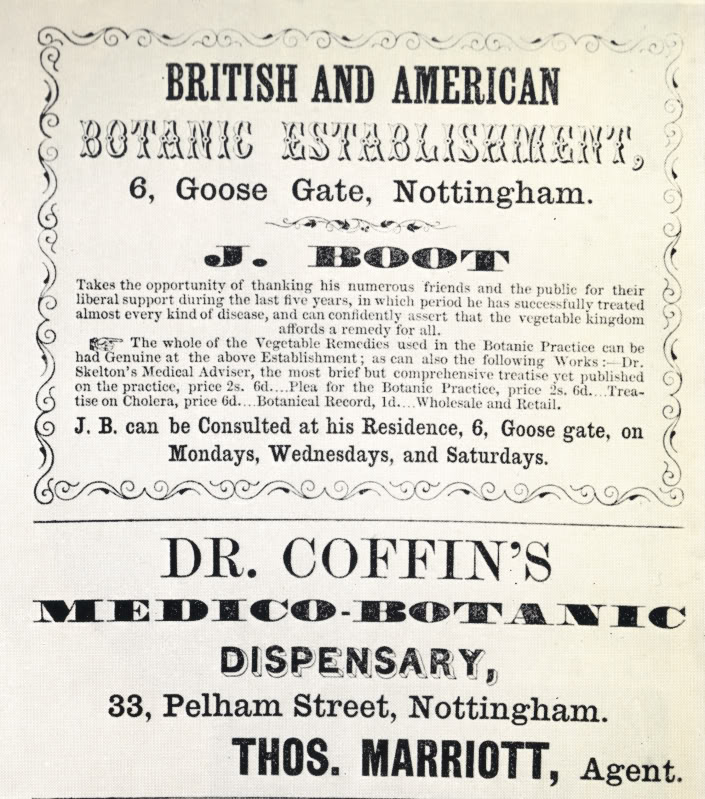 'Boots' is a silly name for a chemist's shop, but can you imagine saying "I'm just going to Coffins to pick up my prescription"? It just wouldn't have caught on, would it?

I love this advert, anyway. "J. Boot takes the opportunity of thanking his numerous friends and the public for their liberal support during the last five years, in which period he has successfully treated almost every kind of disease, and can confidently assert that the vegetable kingdom affords a remedy for all." Catchy slogan. But funnily enough, Boots didn't become a successful business until John's son Jesse started selling real medicine as well as vegetable remedies. I can't imagine why.
Posted by Zoomy at 8:21 pm 1 comment:

What's hot and not what's not

Here are a few things I currently think are really groovy: