Finding your way in Europe

The Facebook page for the Munich Open has an extremely helpful map on it, with a little arrow apparently pointing to the mountains of northern Italy:

This makes me think of the 1985 Transformers cartoon episode "Trans-Europe Express", which featured a car race from Paris to Istanbul. Here's a fun geography test for all my bloglings - imagine you're a Japanese animator, and you've got a script in front of you saying "The progress of the race is shown by a red line growing from Paris to Istanbul across a map of Europe". There's apparently not an atlas available and the internet hasn't been invented yet, and you need to draw the map and label it in English right now. If you can produce a better map than the one that ended up appearing on-screen, then you score ten out of ten: 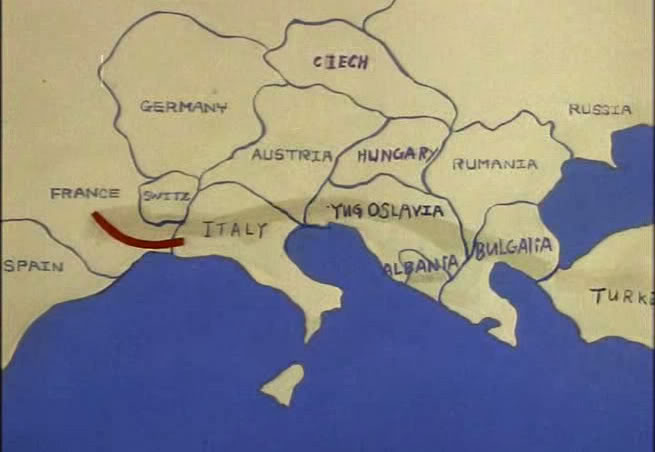 If you fail the test, then people will be laughing at you on their blogs in 25 years' time.
Posted by Zoomy at 2:58 pm 2 comments: