The march of time 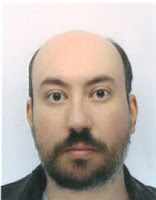 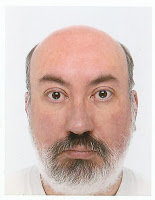 Long-time bloglings may recall that ten years ago I had to renew my passport, and expressed the firm belief that I was never going to be 43. Just look at those Young Zoomies, receding ever further into the mists of distant memory! To be fair, I haven't changed all that much in the past ten years, have I? It just looks like someone's dusted my face liberally with flour - maybe I'll just tell people I work as a baker, and haven't actually aged a day since 2010! And I'm most definitely going to ignore the possibility that I might one day be renewing my passport again, at the age of 53! That's something that will DEFINITELY never happen!

What I should have done before posting my old passport back to the passport people (you can take digital photos now and apply for the renewal online, but you still have to physically post your old one to them from the post office, thereby saving no time at all unless you're the person who had to stick the photos onto the passports) was going through it like I did ten years ago, and reminiscing about all the places I've been on that passport in the last ten years. Maybe I'll do that when I get it back. Lots of Chinese visas in this one, since they take up a whole page each time, rather than just a little stamp! How am I going to top what I've done from 2010 to 2019? It's safe to say my career as an international memory man is winding down... I need to find a new reason for globetrotting!
Posted by Zoomy at 1:11 pm 1 comment: