Facebook is a funny thing. Yesterday I found myself with invitations to "like" two pages - Dave Farrow's, which asserts that he's "the world's foremost memory expert", and Tansel Ali's, which makes the slightly more modest claim (and, you know, not quite such an outright lie) that he's "one of the leading Memory Experts and Mind Athletes in the world". Facebook probably has hundreds of other pages following the same basic theme.

I don't teach memory courses myself, but this doesn't stop me getting lots and lots of messages on Facebook asking for advice in my capacity as one of the world's other foremost memory experts. And while I know that most of these come from people who don't speak English as a first language, I just can't resist making a slightly rude plea for a bit of basic message etiquette...

Rule 1 - Please don't address me as "Mr Ben". That just sounds silly. As a general rule, don't address anyone British by "Mr" and their first name; that's not how names work. But please also don't call me "Mr Pridmore" (that's my dad) or "Sir" (that's the boss of the Sparky People). "Ben" is fine on its own. Here's a visual guide for anyone who's confused: 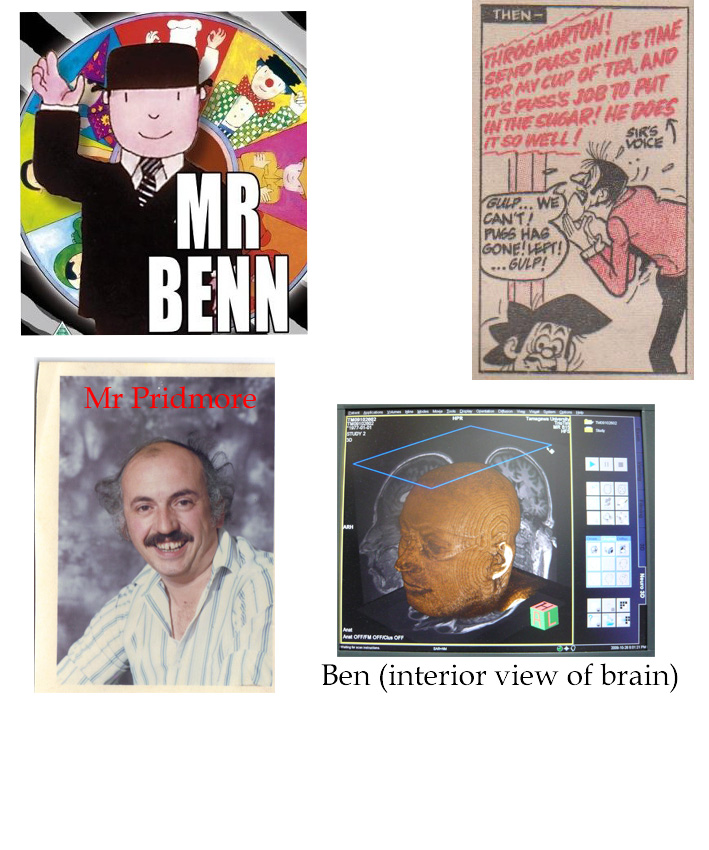 Oh, and also please don't call me "Sir Ben", but as far as I know, nobody's ever drawn a picture of someone by that name. Incidentally, I somehow couldn't lay my hands on a Sparky Book this morning, though I know I've got some around here somewhere, so the Sir picture was stolen from this splendid blog which you should all go and read.

Rule 2 - Please don't start your email by saying "this is urgent", "this is very important" and so on. Not if you're asking me how to memorise random numbers, anyway. That really is never important. And do give me a day or two to reply before you follow it up with another note asking if I got the first one. Seriously, I wish I was as keen to improve my memory as some of these people are.

Rule 3 - Don't go into amazingly technical fiddly details of exactly how to visualise your person/action/object images, or whatever, and ask me if you're doing it right, because beyond the very basic principles, all I can do is explain how I do it and tell you that it's different for everyone and you should try different things to see what works for you. And I get tired of typing that, over and over again.

Rule 4 - Please don't assume I'm withholding some kind of super expert memory secret from you if I reply with something like the above. There really isn't a shortcut, you'll just have to work at it, I'm afraid.

Rule 5 - If you ask me for advice on how you can teach your tiny children how to memorise things in order to pass exams and be successful in life, don't be surprised if my advice is to just leave the poor kids alone and stop being such a pushy parent.

Thank you all for your attention