There's some kind of horrific virus rampaging through our office this week, and everyone's either off with the flu or manfully carrying on with their work and memory training despite runny noses and coughs. I think everyone who does the latter deserves some kind of medal, or possibly deserves locking up somewhere as an incurable loony.

Actually, I think the last time I had a cold was last year around Children in Need time, because I remember whining about it then. So I was probably overdue for some kind of infection.
Posted by Zoomy at 8:40 pm 2 comments:

This is what I wrote last Sunday

Well, that was irritating. Having got passable-ish scores in dates, words, speed numbers and names on Saturday, I found myself tussling with Gunther and the unexpectedly even-more-awesome-than-last-year Christian Schäfer for second place. Hannes, who was in a league of his own all weekend, was miles in front.

So it came down to speed cards, and although I calculated that I could win with a time of 20 seconds or so if Hannes completely failed to remember anything, I decided to just go for a fast-ish time and finish second. Losing to Christian (who sadly can't go to China because he's got to go to school) would be embarrassing, and losing to Gunther would make all those Mentalists-watchers say "Ahh, the arch-rival beats you again!"

First trial went faster than I expected, I stopped the clock at 22.77 seconds, and nearly-but-not-quite recalled it correctly. Second time round, I played it safe, took 35 seconds to look through the pack, and was nowhere NEAR remembering it! After I put the pack down and stopped the clock, I realised that I'd memorised the last two images as 'murble burble' or some such gibberish, and had no idea what they were supposed to be.

I think this is three memory championships in a row in which I've failed to memorise a pack of cards on both attempts. Speed cards used to be my forté, it's really infuriating.

So, in the final analysis, Hannes won by miles and miles and miles, knocking me off the top of the world ranking list in the process. Gunther came second, just ahead of Christian, and Boris overtook me in fourth place. Lots of world records, as usual (by contrast, there are always very few world records broken at the world championship) and we now know who's the hot favourite for Guangzhou.

[Right, now this is me writing on Wednesday night, back in the present day. I'm less grumpy now than I was when I wrote this, and I can correct a few technical errors - Hannes's new world record in 30-minute numbers was 1284, not "1240 or so" (this is the fault of the German language for saying four-and-eighty, not the fault of my memory), Christian's awesome performance in Cambridge wasn't "last year", it was only back in May, the last time I came fifth (actually, sixth!) in a championship was Germany 2006, the MemoryXL championship that wasn't technically the German championship, where I was utter rubbish.

I have, however, been training quite a lot since I got home, particularly in images and binary, which I think need the most work. But if I'm to have a chance of winning the WMC, I need to practice the hour-long disciplines, and when am I going to have the time? It's Children in Need on Friday and I'm answering phones until two in the morning, so I'll spend the whole of Saturday in bed, and next weekend it's either the Othello Christmas tournament or a Christmas Fayre playing ukulele with the club, depending which I decide to do (incidentally, it's still November next weekend. What's with all the Christmas things?) and the weekend after that, we'll be half-way through the World Memory Championship, so it'll be a bit late for practice then.

Hannes is my tip for the WMC - Simon (who came 7th in Heilbronn) seems to be out of shape too, but you never know who might turn up on top form, including multiple Chinese memorisers on their home turf. Bet on me to finish second - I'm more optimistic now than I was a couple of weeks ago, but I'm still being realistic.]

Reminiscences of Germany will continue tomorrow, if I've got the time. For now, here's a conversation I've had with China (in the person of Chuanwei Guo):

China: I've booked you a single room in the hotel for the competition.
Me: Is that a single room, or a suite?
China: It's a single room. I can book you a suite if you want, but you'll have to pay money.
Me: No no, that's okay, I was just asking because we were promised suites as prizes for finishing in the top three last year.
China: Yes, it is a suite.

This competition has turned me into the kind of person who complains because he isn't being given a luxury hotel suite for free!

On the other hand, watching repeats of Allo Allo tonight, I successfully remembered the name of the second actor to play Captain Bertorelli with no more than five minutes of brain-racking. I really am a memory champion! Roger Kitter, you know.
Posted by Zoomy at 8:03 pm 1 comment: 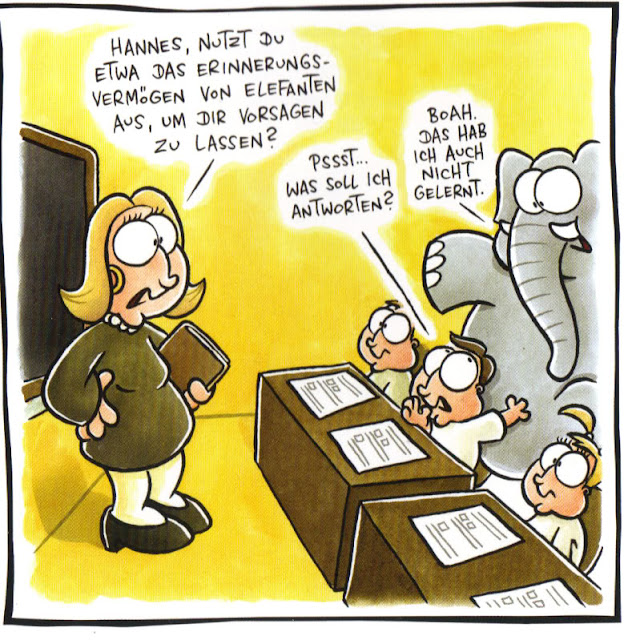 So, what have we learnt today?

1) I'm not nearly good enough to win the world championship; and
2) I'm much better at 30-minute cards than I always think I am.

You might remember that in London in July (or whenever it was. August.) I attempted a super-safe 12 packs in 30 minutes and finished the recall with plenty of time to spare. Well, today I tried a normal-safe 15 packs, and I STILL finished recalling them with half an hour left. Which suggests that I could have gone for 18 and had a sporting chance of beating the world record.

And that's quite strange, really, because I was nowhere NEAR world-record-breaking levels in the first four disciplines today, and the cards came at the end of a long, long day when I wasn't entirely sure I'd be able to stay awake until the end.

So, to start from the beginning, I eventually got to Heilbronn last night (my train was half an hour late, too, which very rarely happens in Germany) and got a good night's sleep, although I have a feeling that I woke myself up by snoring too loudly. This morning I decided to pass on the hotel breakfast (cold meats and suchlike - typical German fare) and walked into the city centre (it's officially a city, I believe, but it's a small one) to find a McDonald's. And I couldn't! What kind of town doesn't have a McDonald's prominently in the town centre? I passed TWO C&As looking for one!

So, after that disappointment, I went back to the Experimenta, venue for the 13th German Memory Championship. It's a smaller-scale kind of affair this year, no free T-shirt, less of a gigantic press conference to kick it off, and an unusually low turnout in the junior competitions (probably because it's not the summer holidays). But the adults' championship is super-ultra-mega-world-class, as always!

The seats were arranged with me and Simon at the front, Hannes, Cornelia and Gunther behind us, and Boris, Christian and Jürgen behind them. As Boris put it, the score you need to finish eighth in the German Championship would win any other national competition outside Britain and China. It's true, because there were several more rows of up-and-coming German memorisers behind the top seeds.

Incidentally, I don't know exactly what the Experimenta is. Some kind of science museum, it seems, but the memory championship took place on the fifth floor in what seems to be a school chemistry lab. Ample space for the 19 competitors, horde of efficient and experienced arbiters and German and Japanese media (Naoko from NHK again - looks like last year's coverage really did go down well!)

The timetable was different this year - instead of just the three "marathons" on the first day, we had abstract images and spoken numbers too. It was an ambitious schedule, and true to form it ran more than an hour late by the end, meaning the day took about twelve hours from start to finish.

The first event was images, and I got what I think is actually a personal-best 232, although that's nothing to be proud of as several of my rivals topped 300 and Gunther beat his own world record with 350. Two lessons for us here - 1) I should have spent less time whining about the whole discipline and more time practicing, and 2) We need to change the 1000-points standard, fast. It's becoming as silly as historic dates was, back in 2004, only it's much worse this time because it isn't ME getting the stupidly large number of points.

In 30-minute numbers my lack of preparation really showed - I accidentally skipped a journey-and-a-half (teleporting myself from Sleeperz hotel to the Lubbock Room as I went around Cambridge) and got horribly confused. Ended up with a score of 913, which could be worse, but if I don't get over 1000 in this one it counts as a rotten performance to me. Hannes performed splendidly, though, narrowly beating his own world record (again) with 1240 or so.

Spoken numbers (in German) was Simon's turn to shine - beating someone else's (Gunther's) world record this time, with an awesome 240. Simon had been below par, just like me, in the first two disciplines, and said he hadn't been training at all either, but this showed he's still up there with the world-beaters. I, meanwhile, was frustrated. In the first trial I memorised the whole 100 digits without a hitch, I thought, but when it came to write them down, I couldn't remember ANYTHING! I had to leave the first 24 spaces blank before I picked up the thread and recalled anything. Some of the missing images came back to me within the five minutes, but not all.

So with three world records in three disciplines, people asked me if there'd be another in the binary. No, I said confidently, there won't. The me of 2008-2009 is the unquestioned world's best at binary, but the me of today isn't quite up to his standard. I think I got a mediocre 3000-and-something, so if there's going to be a world record (we haven't got the results yet), someone else will have to get it. I hope they don't. I take great pride in being the best in the world at memorising ones and noughts.

And then, finally, it was the cards, at which I was unexpectedly awesome. I've probably caught up a little with the leaders, but I'm sure to still be a long way back. Not going to retain my German Memo Open title this year, it seems.

Still, it really is the taking part that counts. And it's been fun!

[Postscript - the McDonald's is tucked away sort of down a back street. That whole global domination thing still needs work.]
Posted by Zoomy at 7:15 pm No comments:

Getting back from Germany to Birmingham was no trouble, but getting a train back to Beeston was a long story. Big signal failures in the Rugby/Milton Keynes area, apparently, meaning that all the noticeboards had the ominously non-specific "Delayed" alongside every train. Although the cancelling of trains from Birmingham to Nottingham was for unrelated reasons, it seems. Still, I got home in the end. I've written two blog entries' worth of scrawls on paper about the German Championship - one long and optimistic one after the first day, one short and sulky one after the second - and I'll transcribe them when I get a moment.

But now, I should go to bed. I remember deciding that I need to be in the office early tomorrow, but can't for the life of me think exactly why. So that'll be a pleasant surprise.
Posted by Zoomy at 9:22 pm 1 comment: