Come on you Poachers!

Well, having come up with the idea that it would be good to come to Boston this weekend, I couldn't resist. 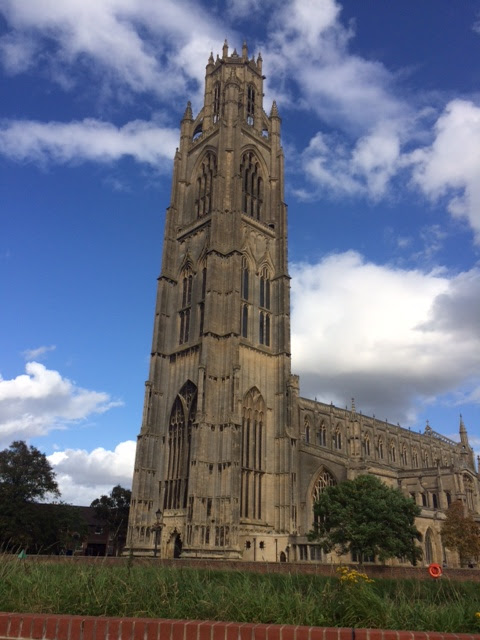 Quite a lot of things have drastically changed since I was last here (the old HSBC bank is standing empty and derelict, and they've moved into what used to be the McDonald's - a whole new twist on "my bank has become a trendy wine bar"), but a lot of things are still the same. Oldrids department store is basically untouched by the passage of time, even though Woolworths across the road is a Poundstretcher now. The Regal cinema and shopping centre have been completely bulldozed out of existence, but that bit of graffiti, "R.N. BOASTS WE SANK 2 IRAQI TANKERS", red-hot political observation when someone spray-painted it on a wall in around 1990 and which nobody ever erased... there's still part of it remaining! Now that's long-lasting vandalism. 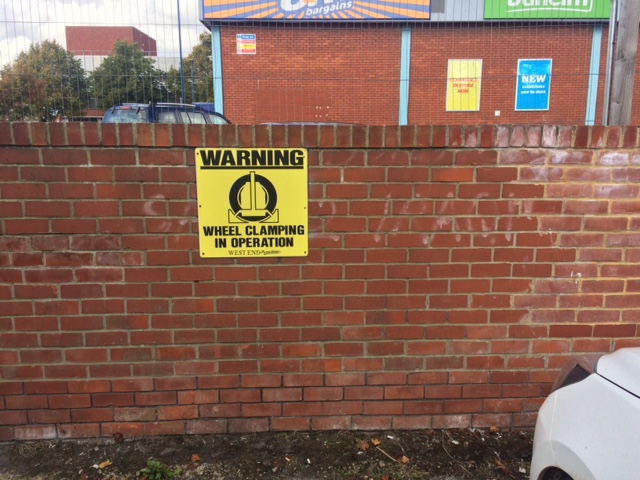 Anyway, the big game, Boston Town v Hyde United was a cracker! Not daunted by playing a team from a higher level, Boston started off comfortably the best and went 1-0 up early on with a slightly scrambled but still well-taken goal. It wasn't a particularly brutal kind of game, though you might think that if you're reading the match reports and see that Boston's Ben Davison ("Bendy" to his fans, apparently) was knocked unconscious in a clash of heads and had to be taken to the hospital. Then when Hyde had a man sent off for a second yellow (a bit soft, but he couldn't say he hadn't just been warned), it looked like being the Poachers' day, but somehow playing with ten men seemed to put Hyde up into a new gear and they rather dominated from then on. They equalised before half-time, and it was anyone's guess how it would go in the end.

In the second half Boston got a maybe slightly dubious penalty and went ahead again, only for Hyde to get an equally contentious one at the other end and go level again. It all carried on in some style until just before the end a Hyde striker broke away, rounded the goalie and his shot at the open goal could only be stopped by a rather nice diving save from a Boston defender to bat it away with his hands. All he got for his pains was sent off and a penalty, which Hyde converted to take the 3-2 win.

Great effort from Boston, though, it's a shame to see them go out of the cup. Fraser Bayliss was particularly impressive on the wing - a couple of times he ran rings round the Hyde defenders only to find he'd outpaced his teammates too and there was nobody to get on the end of his cross. Still, they're a good team! I'll have to go and watch them more often! Maybe they'll put another good cup run together next year and get drawn against Redditch Utd?
Posted by Zoomy at 8:14 pm No comments:

I just found out last night that there's a Bubblecar Museum in Langrick! That's about five miles down the road from Tumby Woodside, where I grew up. And I've always sort of wanted a bubble car. I might have to go there some time.

Possibly even on Saturday, because it's the third qualifying round of the FA Cup, and Boston Town (that's not Boston United, the 'big' team in Boston who I still theoretically support even though I haven't been there for years, this is the smaller local team) have won four games to get to that stage of the competition for the first time since 1980. I should go along and cheer them on against Hyde. United, who are nowadays low enough in the league pyramid that they have to start in the second qualifying round, are also still in it, so I confidently expect the cup final in May to be an all-Boston affair. Buy your tickets in advance, Bostonians!

Also worth checking out while I'm there (might have to hire a non-bubble car and terrify the Lincolnshire locals with my driving), I was looking at Google Maps to see where the museum is, and followed the road up past Tumby Woodside towards Coningsby and Tattershall, only to be appalled to see that Gibbet Nook garage is now labelled as "Lincolnshire Co-Op Filling Station". Gibbet Nook is a name with character, and I want to see it reinstated on maps!

The same goes for Clinton Park school, which is now calling itself Tattershall Primary School. And as for the Gartree renaming itself as "Barnes Wallis Academy"... really, I'm lost for words. If there's one place on earth you could expect to remain unchanged with the passage of time, it's surely rural Lincolnshire. I'm getting old, obviously.
Posted by Zoomy at 10:36 pm No comments: