I didn't get round to describing what happened at the Cambridge regional othello tournament the other week, and I really should say something, because otherwise people will look it up on the internet and realise that I lost all my games and came last, and assume I'm deeply ashamed of the fact and trying to conceal it.

Actually, it was still fun - the competition was very nearly cancelled because nobody was going to attend, but I'd been umming and ahhing about whether or not to go, and finally had my mind tilted in the right direction when it turned out that Singaporean memory man Wellon Chou was in Cambridge that day as well, so we could have a drink and a chat in the evening if I went along to the othello. So I did, despite not having played a game for so long I could barely remember the basic rules of the game.

In the end, there were four of us there - Imre, Iain, Roy and me. And I didn't really play terribly badly, just not well enough to win any of the six games in the double round-robin. Adelaide joined us for the traditional pub lunch too, and a good time was had by all! I resolved to go along to the next regional as well, down south in Salisbury, but then forgot about it.
Posted by Zoomy at 10:21 pm No comments:

This coming Saturday sees the twelfth (!!!) annual Friendly Memory Championship. I've been saying for years that I might stop doing them, because there are so many other memory championships around nowadays, but there's always a small minority of people out there who want the Friendly, and I hate to disappoint them. Even if only four or five people turn up, it's always a fun day for everyone, and always inspires at least someone to take up competitive memorising, so it can't be a waste of time and effort. I'll probably still be hosting the things fifty years from now...
Posted by Zoomy at 8:52 pm No comments:

Here's the other memory thing I've been meaning to blog about for a while - Belts!

Or, to give it its official name, the New IAM Levels System. It looks like this:

What you can do is go to the site here and type in your best score in each memory discipline. For each one you get a number of points based on the highest level you've achieved, and your overall level is the average of the best ten of these - with at least one discipline having to come from each of the five groups (numbers/cards/names/words/miscellaneous).

The whole thing is just a proposal rather than an actual thing yet, but it's a very cool idea. It naturally leads (in my mind, at least) to coloured belts as in martial arts, with level 10 being the black belt and any levels above that being 'dan' rankings for the ultimate memorisers. There currently aren't any ultimate memorisers according to these tough standards - two black belts (Alex and Simon), and two brown (Johannes and Marwin), and a few people (like me, as above) on purple. It's genuinely very motivating to know that I could bump myself up to the next elite level by slightly improving my top scores in three disciplines!

The proposal also sticks with the "grandmaster" title, which I think is a mistake. It would be fine if not for the fact that there are HUNDREDS of people out there who have already qualified to call themselves a grand master of memory, by different rules, and so there's no way an "IAM Grandmaster" title could ever be meaningful to anybody. I think we should have actual physical coloured belts - imagine the photo opportunities! Local newspapers around the world would lap it up.

Admittedly, some people have said the Belt idea is "slightly corny", and admittedly the people who say this include the two black belts themselves, one of them being the current world champion and the other being the main person who decides things like this in the IAM, so it's just possible I won't get my actual purple belt... but come on, just imagine the coolness! They could be thin (inexpensive) coloured fabric belts with little metal clasps on each end, bearing the IAM logo. So desirable! I might have to make my own.
Posted by Zoomy at 8:09 pm No comments:

The German Memory League Championship is happening right now - you can watch the fun on the Memory League website! They've just had the surprise task of the quarter-finals - images, except all 30 images are cats! It's brilliant, you can see the memorisers struggled with remembering which cat came in which sequence (there are also a couple of people dressed as cats, one that's just the word "Katze", one picture of Cat Stevens, one of Katie Kermode...)

The whole Memory League thing is awesome, as I've mentioned before. We're also currently running frequent online competitions - there's a Swiss tournament going on at the moment between memory people of all levels and nationalities, and a "purge" competition where the aim is to get a certain score, increasing at each level, to avoid being eliminated. Coming up soon is a full-blown league structure, four divisions with all-play-all in a 'season', promotion and relegation, and a knockout competition in between each one. It's great!

There will also, we can only hope, be a second UK Memory League Championship, live and in person, later this year. This does depend on finding a location for it - I've insisted repeatedly that finding and talking to sponsors isn't something that's within my capabilities, but nobody else has come up with anything, so I suppose I'll just have to book a room somewhere and then see if the competitors are prepared to pay for it. It's more complicated than a pen-and-paper memory championship, because the whole thing falls down if the room doesn't have a rock-solid internet connection...

But in the pen-and-paper line, we have the Friendly Memory Championship next Saturday! It's at the Priory Rooms in Birmingham city centre, a nice building full of little meeting rooms (and a really cool big lecture-theatre style room too, which would be great for a more swanky kind of event) where the company I work for in my day job has its board meetings. Not that I go to board meetings, I'm not the director type, but I've been there once and really liked the look of the place. I'm currently printing out lots of papers and things - one day, you never know, memory competitions might move into the 21st century and be entirely on computer, just like the Memory League. It'll save a lot of trouble and expense, albeit at the cost of replacing it with a different, more up-to-date kind of trouble and expense. Progress! 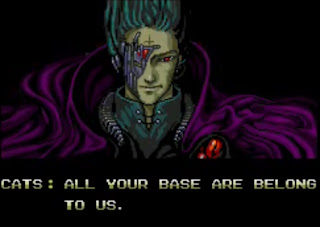