It occurred to me that June Foray, cartoon voice actor extraordinaire, will be turning 100 on September 18th this year, and still going strong. Here's Hazel the witch in 1952 - possibly the secret to a long life is to specialise in voicing old ladies (and witches) in your youth.

Flash Comics #1, dated January 1940 but first published in late 1939, had among its backup strips the first adventure of "Johnny Thunderbolt". A normal guy who spent the next eight years having entertaining mishaps caused by his magical powers, activated whenever he accidentally says the magic words "say you". He's fondly remembered and often still referenced today. And his first story is very specific about his date of birth - 7am on the 7th of July, 1917. He's 100 years old today!

Well, probably - four pages later, the narrator tells us the story is set "in 1939, when Johnny is 23", because it wasn't the kind of comic that makes a big fuss over little details like that, but I think it's still worth celebrating!
Posted by Zoomy at 4:57 pm No comments:

Drat it, I've got a puncture on my bike, just as I was getting home tonight. Now, for want of owning a puncture repair kit and the knowledge of what to do with one if I did own it, I'll have to walk in to work tomorrow, pushing my bike, through what will probably be the blazing sun and/or pouring rain. Life is tough.

On the other hand, I don't particularly care about the inconvenience, so I must generally be in a good temper at the moment...
Posted by Zoomy at 5:50 pm No comments:

If you're one of those people who can't get enough of the sound of my voice, check out this interview! I haven't listened to it myself yet, but as I recall I rambled on incoherently for an hour or so about memory competitions and life in general. Please do check out all the other podcasts on the site too, you're sure to find something to entertain you!

And the point it makes is a good one - we really should have memory competitions in Ireland. The place must be full of potential memory enthusiasts who just need a nearby event to come to!

But if you're not such a fan of me and more of a fan of Clay Knight and Johnny Briones, check out Johnny's interview with Clay here! There's going to be a lot of these, with memory people from around the world. Me too, if I ever get round to filling in the questionnaire. Look forward to it!
Posted by Zoomy at 6:11 pm 1 comment:

On the plus side

Downloading all my pictures from Photobucket gives me the opportunity to look through them all and remember why I put them on there in the first place. And an excuse to share with the world all the pictures I previously put on Photobucket for some reason other than to share them on this blog. For example, here are all the occasions in John Byrne's Alpha Flight comics in which somebody addresses Puck as "Friend Judd". 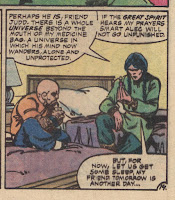 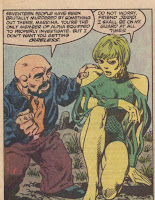 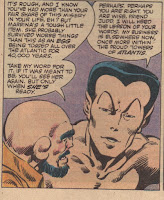 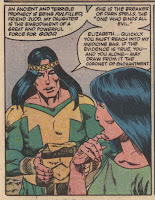 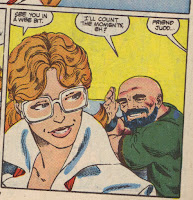 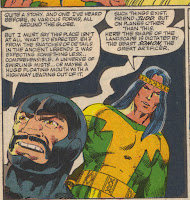 Nobody else, in any Alpha Flight comic (or, as far as I know, anywhere else in the world) ever gets called "Friend" and their surname, but multiple characters, independently of each other, pick up the habit of talking to Judd that way. What this says about the character, or John Byrne, or the world, I don't know. I just found it interesting.

There needs to be more public outcry about this

Photobucket have just stopped people being allowed to show pictures stored there on blogs like this, so I'm having to go through all my old posts and re-upload them directly to Blogger. I should really have done that in the first place, but never mind. So if you're looking through my archives and can't see the pretty pictures, don't worry, they'll be back shortly.
Posted by Zoomy at 10:22 am No comments: