In a sort of occasionally-watch-test-matches way, at least. But this last couple of days I've tuned in to the world cup and quite enjoyed it, so maybe I'm turning into more of a modern cricket fan.

But could we persuade a couple of West Indies players to change their names? Whenever I see "C. Brathwaite", I assume it's Kraigg, even though I know he spells his name with a K. I'm not sure what I'm mentally spelling Carlos with...
Posted by Zoomy at 8:57 pm No comments:

I like tennis at the moment. I recall blogging here, at some point in the distant past, that tennis was rubbish, but it's got better since then. One main reason for that is the continued dominance of three comparatively elderly men, which is always nice to see in any competitive sport (mind or otherwise).

As a general rule, I like useful pieces of trivial knowledge, like the fact that nobody born in the 1990s has ever won a non-senior/junior/wheelchair/female men's singles grand slam tournament (tennis is a sport where you have to specify exactly what kind of people are allowed to compete in the competitions you're talking about), and dislike it when that kind of thing stops being true. So I'm pleased to see that the latest new star of the tennis world, Felix Auger-Aliassime, was born in 2000. Now he can go on and win Wimbledon if the 1980s generation finally get too old for it, and that line at the bottom of the chart can remain at zero and provide a trivial piece of interesting small talk forever! 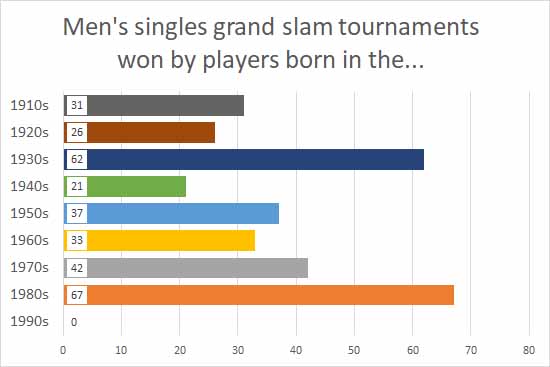 (Although of course the real reason is that there aren't as many best-of-five-sets matches nowadays, so the younger generations take longer to build up the necessary stamina to play in them, and Young Felix hasn't really shown any signs of being an exception yet, but possibly that's another thing you're not supposed to mention in tennis. Tennis people are sensitive.)

Actually, the one I feel sorry for in all this arbitrary grouping into decades is Kei Nishikori, who was born on December 29, 1989. If he'd come along three days later, he would have had the added motivation of trying to be the first 1990s man to win a grand slam, and he'd probably have won dozens of them by now.
Posted by Zoomy at 9:15 pm No comments:

I haven't talked family trees on this blog for a long time - when the 1921 census comes out in January 2022, I'll have to get into the whole extensive research again. The Pridmore branch of the family had been seriously reduced by the war and disease since 1911, but I still have plenty of relatives to dig up. 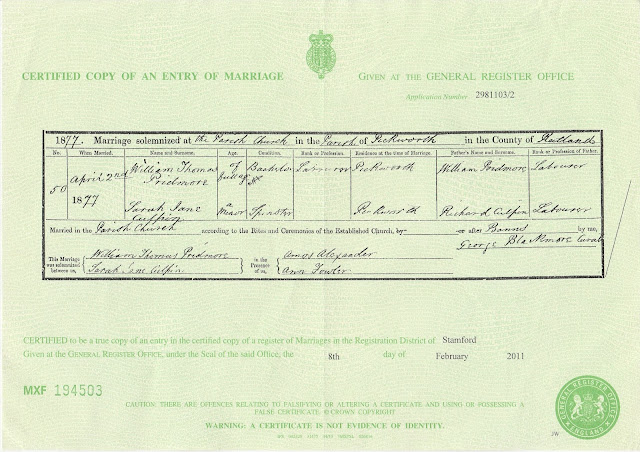 Great-granddad is being a bit creative when asked his father's name and occupation; he was actually the illegitimate son of Eliza Pridmore, unmarried domestic servant, and an unknown father. He's only a tiny bit creative, though - it's not that much of a stretch of the imagination to invent a father called William Pridmore, labourer. If you're going to invent a father, couldn't you give him a cool name and say he's some kind of secret international spy who couldn't come to the wedding because he's busy doing important government work in South Africa?

I think we can forgive the white lie, though - not only was he a man "of full age" marrying "a minor" (they were 21 and 17, so it's really not quite as bad as that makes it sound), but their first child was born a bit under four months later, so the reason for the hasty wedding was probably well known. Under the circumstances, when the curate asks "Father's name?", not many people would be up to replying "No idea, sorry."


His mother Eliza, who was also illegitimate, didn't have any qualms about leaving those two boxes blank when she got married fifteen years earlier - but then, she was also illiterate, so probably didn't much care what got written down on the paper. This is the kind of thing I love about researching the ancestors, and there are still a lot of them I haven't fully explored! 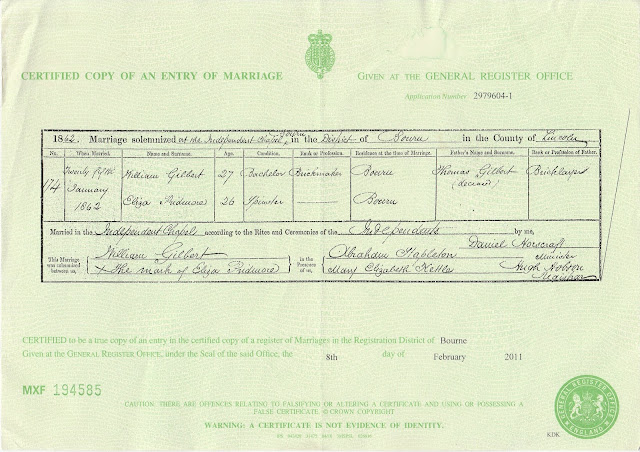 And while I'm recommending things

If you've got Netflix, check out Memory Games! The documentary following Nelson, Yanjaa, Simon and Hannes around the world of memory competitions!

I don't actually know how the whole Netflix thing works, and I've always thought that I should probably find out some day, so maybe this is a good reason to finally get up to date...
Posted by Zoomy at 6:19 pm No comments:

An oxymoron worth checking out

There's a website called Raffolux, which offers "exclusive raffles for everyone", that apparently very few people know about but which is (I'm reliably informed) a real and actual thing that gives you a good chance of winning cool prizes. Joe from the office, who is young and tends to have his finger on the pulse of cool things, won a hairdryer from it. And assures me that it's the kind of hairdryer that people with hair who like it dry think is really cool and desirable. I'd recommend buying a ticket or two. It says it gives money to charity, as well.
Posted by Zoomy at 7:50 pm No comments:

That film with the aliens

I'm going to America for the 4th of July, and not for memory-related reasons either. It's absolutely ages since I went anywhere exotic and it wasn't for a memory competition or something to do with being a memory master. I'll probably forget I'm not there to remember things, and go around memorising everything and expecting people to tell me I'm clever when I recite it back to them.
Posted by Zoomy at 9:44 pm No comments:

What's the best new pre-school cartoon out there, I hear you ask? That would be "Bluey", an Australian work of genius that hasn't officially reached these shores yet, but is apparently on its way to CBeebies eventually.

Actually, 'pre-school' probably isn't the right word; the central character is six years old, but you know what I mean. She's an anthropomorphic dog living in Australia with her parents and younger sister, and the episodes are an absolutely brilliant seven-minute slice-of-life, with really great animation and some absolutely hilarious writing (by a guy called Joe Brumm). I'm an enormous fan!

The dad is a real character, so this is a very appropriate subject to blog about on Father's Day. Make sure to watch it if and when it appears on TV in your country!